It’s been a few weeks since I updated, so I’ve got a lot to catch up on. Back in June, Michelle and I took a short road trip down to Columbus. The major reason we went was to visit The Wilds, a huge, open-air nature preserve run by the Columbus Zoo. 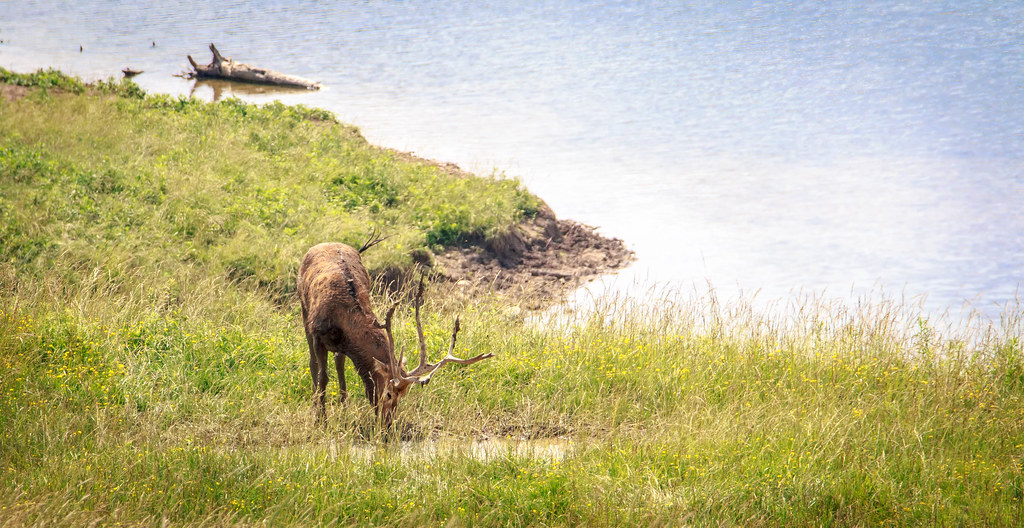 The Wilds is actually some way east of Columbus, near the town of Zanesville (but not actually close to anything). We drove fifteen miles off the highway on winding country roads and finally pulled into a small parking lot at the bottom of the hill. A short bus ride took us up to the visitors’ center where we booked our tour. A short time later we boarded another bus and headed through a Jurassic Park-esque fence into the paddocks.

Over two and a half hours we rode up and down the hills, visiting herds of various large animals. These included the Père David’s deer seen below. These large Chinese deer are extinct in the wild and would be gone from the world if not for Europeans who smuggled the deer (once considered exclusive property of the emperor) out of China. The world’s entire population descends from a single herd kept at Woburn Abbey, England. 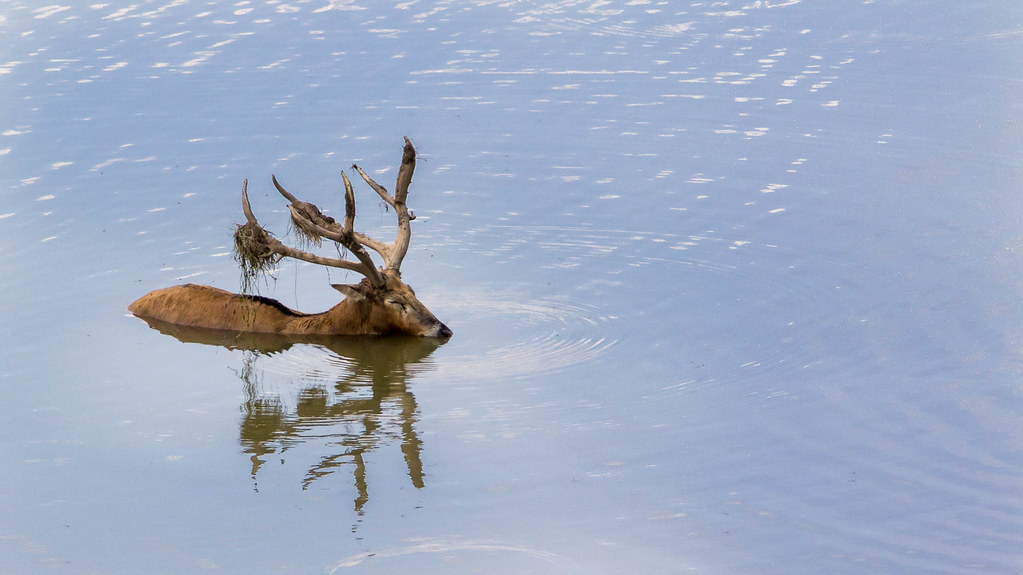 The male Père David’s deer has some interesting habits. You might notice the muck and grasses on his antlers. As our guide explained to us, the male deer dig in the muck at the bottom of their preferred lakes and slather themselves with mud and goo, in order to be “as stinky as possible” (and more attractive to females). I applaud the lady deer for their understanding.

The animals below are fringe-eared oryx, large antelopes from Kenya and Tanzania. I have no useful information to give you about them. 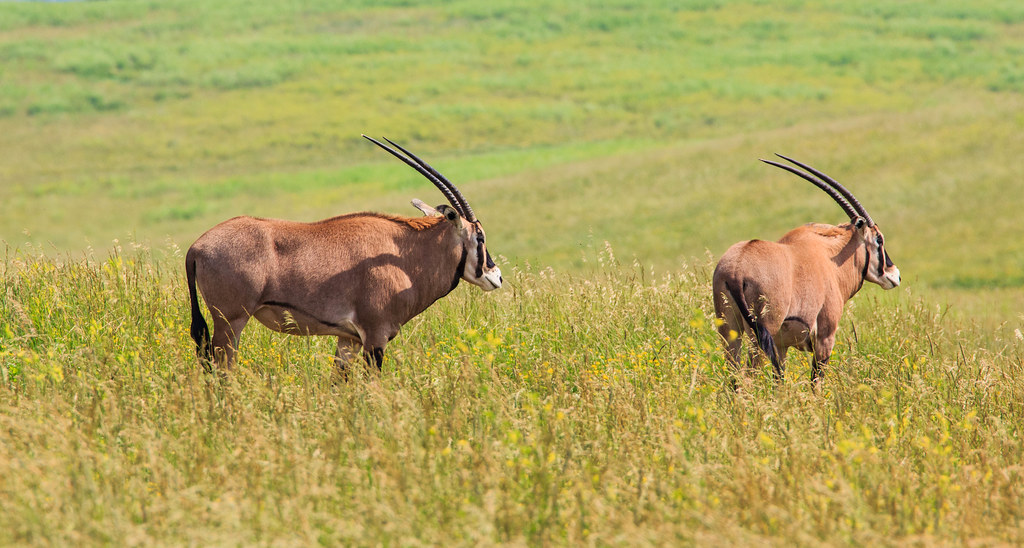 Most of the animals in the park were roaming the fields, staying away from the road. These zebras were an exception. They preferred the shade of an awning, letting us get very close to them. 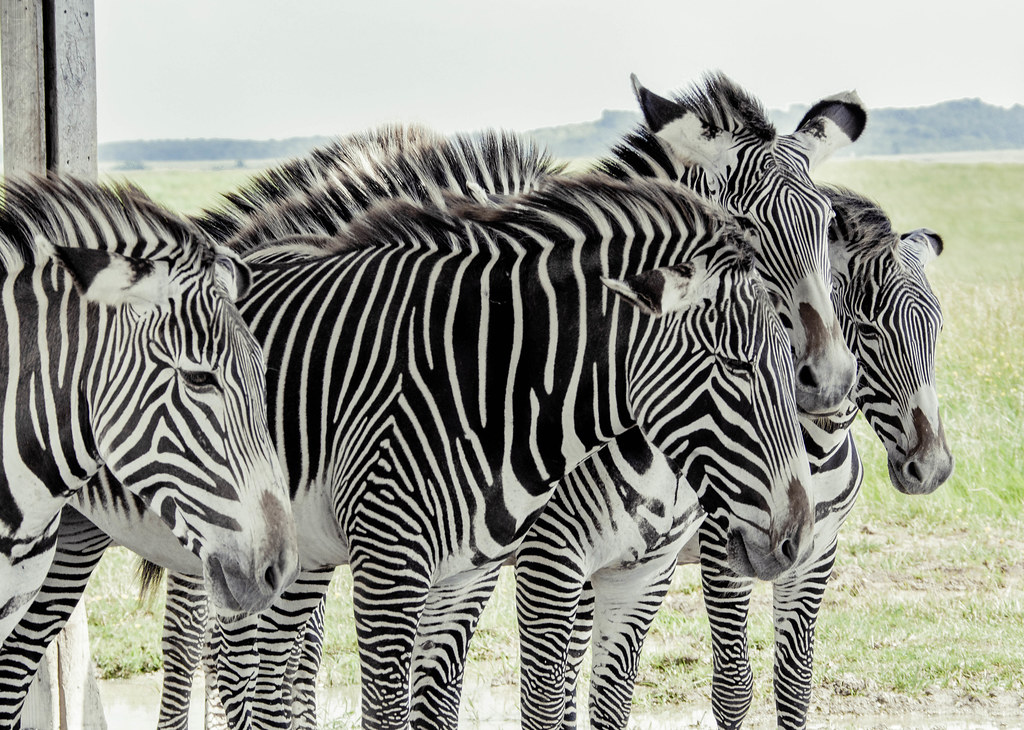 We enjoyed our tour of the Wilds. I rented a Canon 28-300mm lens for the week and was generally very happy with the way it performed. The zoom range was very nice (though if I had to do it again, I might have gone for the 100-400mm for the extra reach), and the image stabilization worked great. I did appreciate not having to switch lenses, as it was windy and dusty in the park. I brought my tripod, but it was a full bus and there was really nowhere to set it up.

If you’re passing through central-eastern Ohio and you have a spare half-day, stop at the Wilds. It’s a unique experience that you don’t expect to find in the United States, let alone the Midwest.