One of my favorite places in San Diego was Ocean Beach. In the 60s, the city built a giant pier out over the ocean so people would have a place to fish. They were still fishing when we got there, all men, some of whom appeared to be homeless and fishing to eat, and others just having a good time. We watched two men reel in a dazzlingly blue frilled fish called a “rock cod”. Seagulls were drawn to the pier as well, probably waiting to snatch some fish guts.

Ocean Beach from the Pier 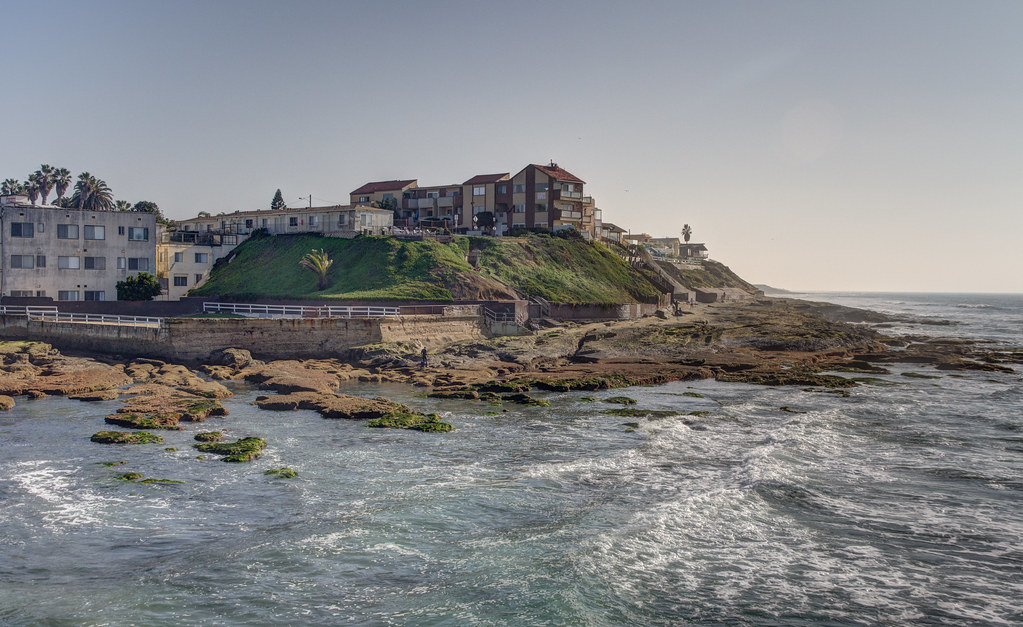 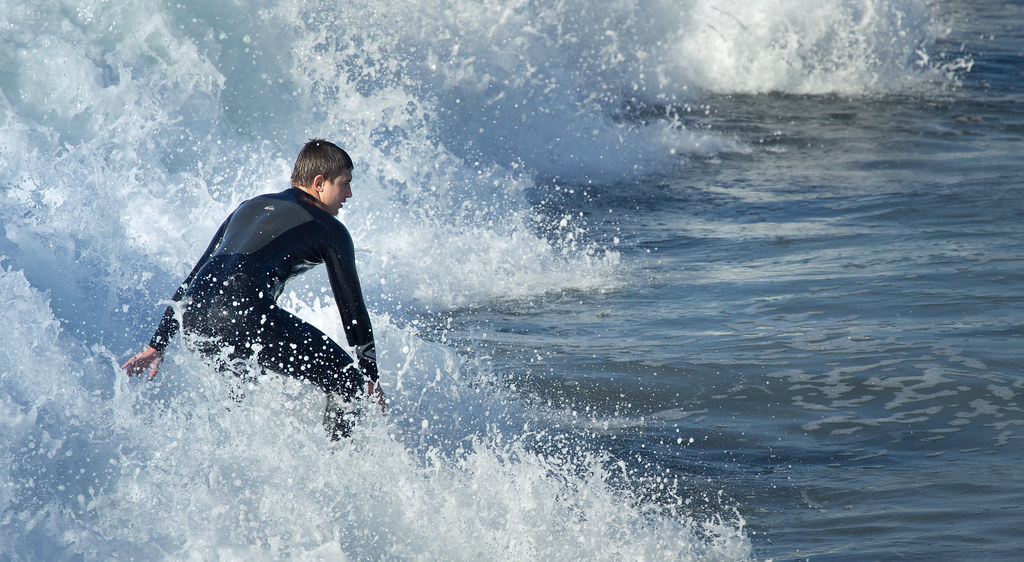 Far below us, surfers were attempting to ride the waves. I think it was a fairly mild day, surf-wise, but it still looked like hard work. I watched them climb onto their boards and fall off, over and over. 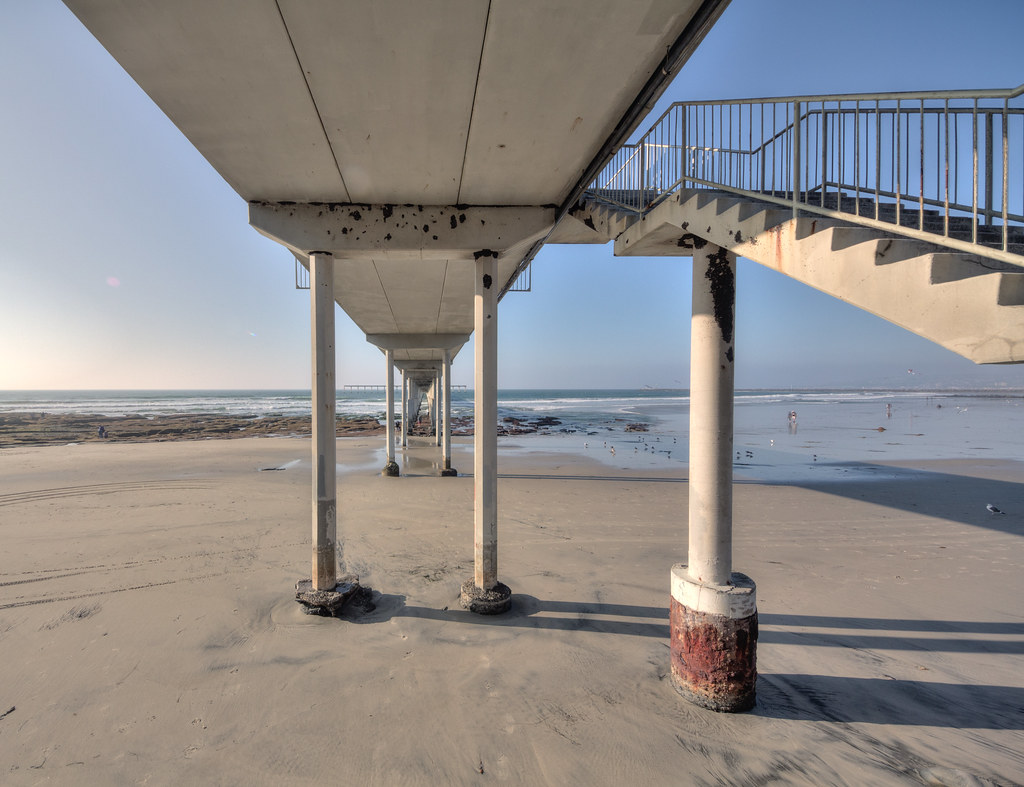 Michelle waited for me while I walked down the massive metal stairs and past dozens of teenage delinquents to check out the underside of the pier. It was a pretty amazing view. 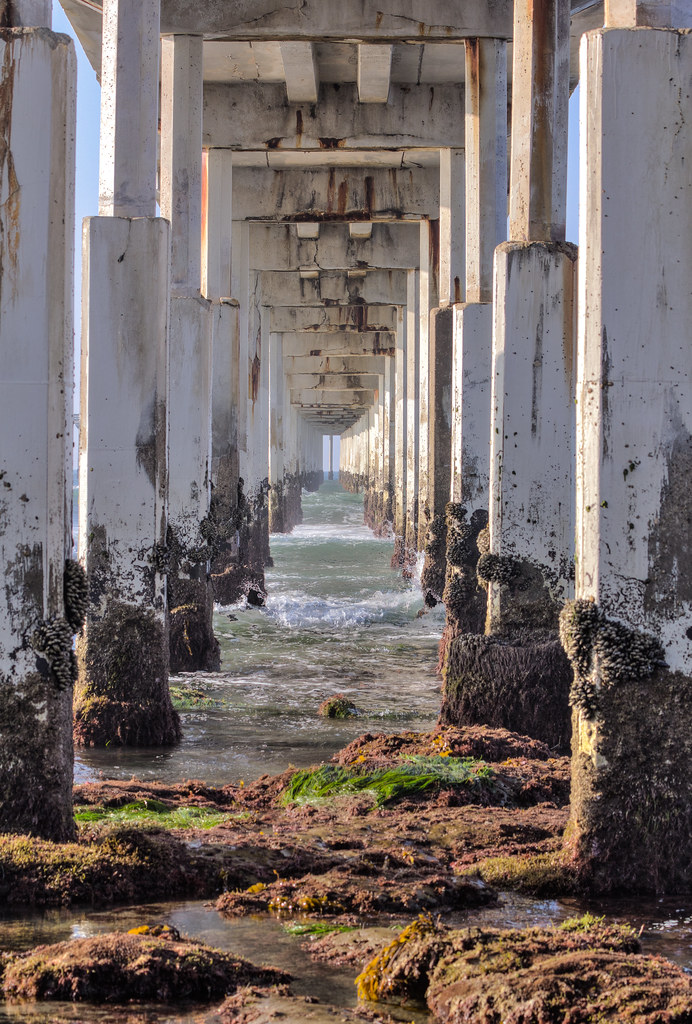 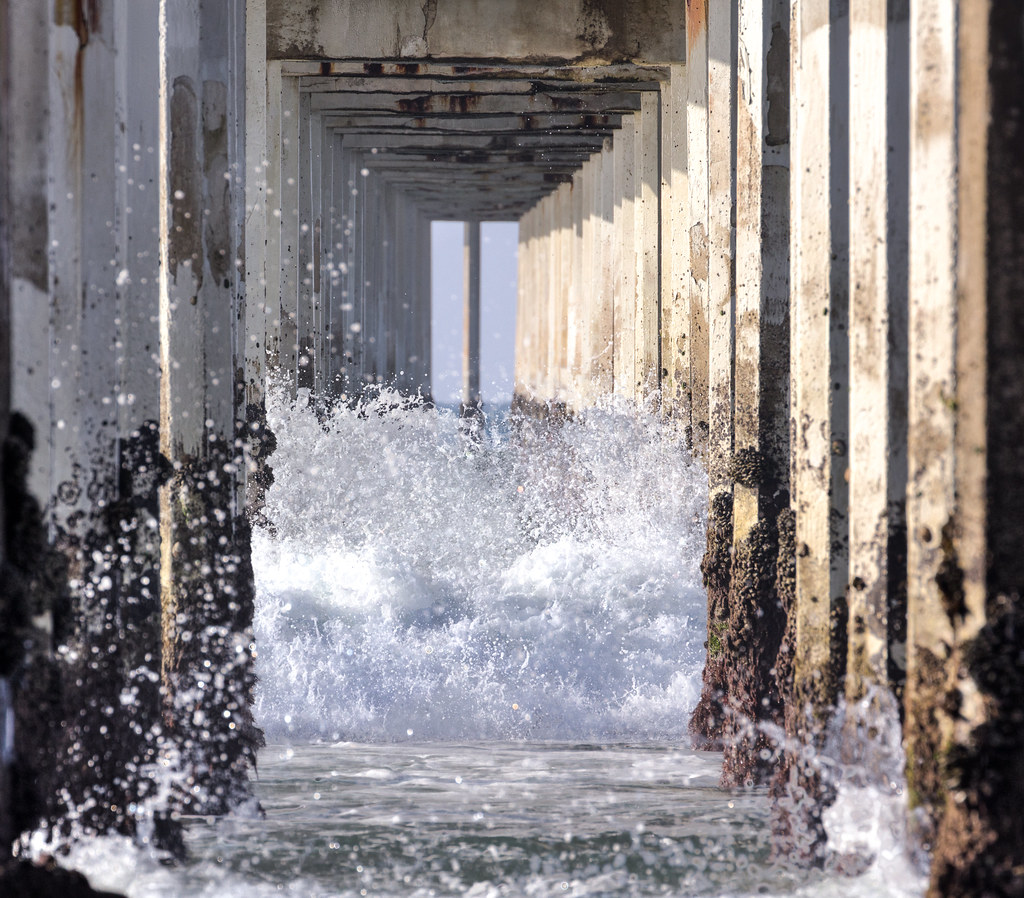 I was glad for the long lens here. I rented a Canon 70-300L for the trip and I made good use of it to capture the surf breaking between the pilings.