San Diego Zoo is big. Maybe not the largest zoo we’ve been to in terms of physical size, but definitely in “animals-per-hectare” (my new metric for this sort of thing). I flagged 111 photos to process, and it was taking me so long I decided to take a break and move on to other sets. Here are a few photos from the first ~1/3 of the day. 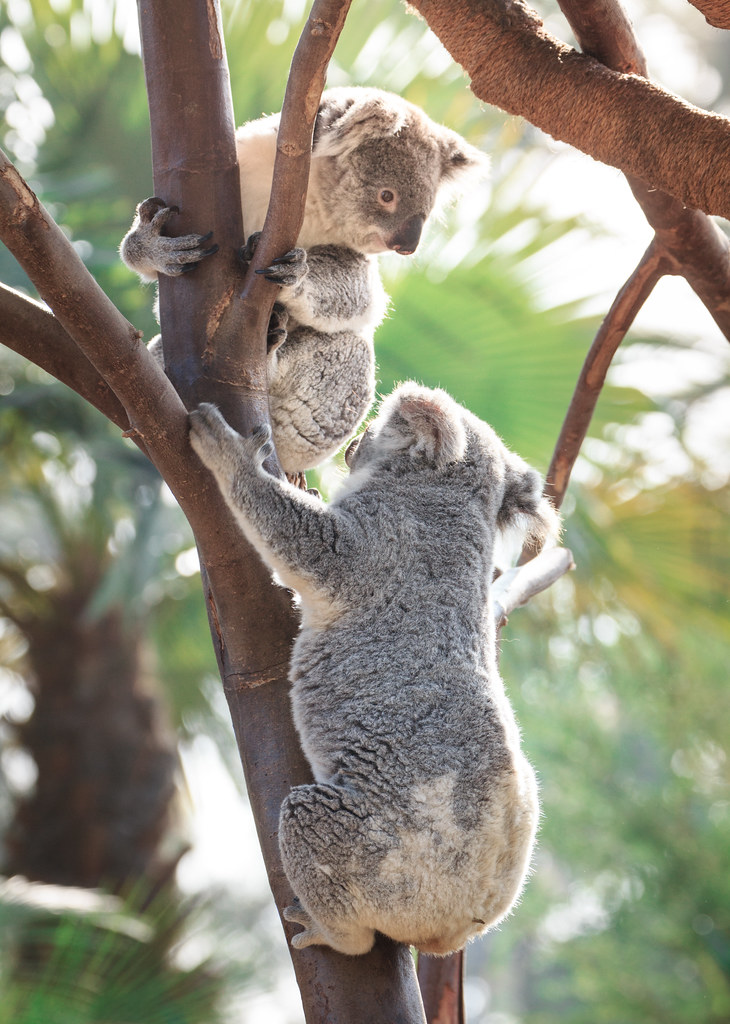 San Diego Zoo has a huge, repeat, huge colony of koalas. I was unprepared for just how many they were. This was our first stop of the morning and the light was beautiful. The sun gave them some wonderful edge lighting. I think the koalas have recently given birth, so as of April the exhibit is probably crawling with babies. 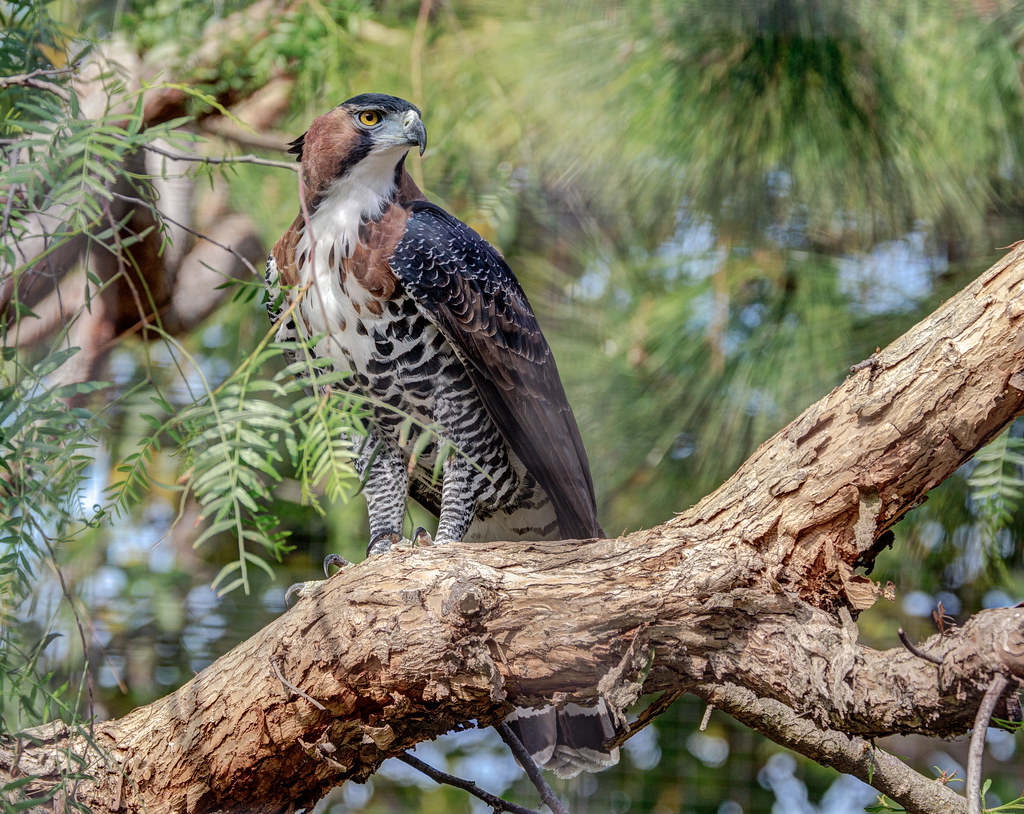 My major complaint about San Diego is the layout. The zoo is very hilly and none of the paths intersect at right angles. It was impossible to plan a route that didn’t involve lots of backtracking, and despite the fact that we were there for almost eight hours, we didn’t see everything! This unusual eagle was at the top of a steep hill next to one of the bus stops. We got our workout this day, for sure. 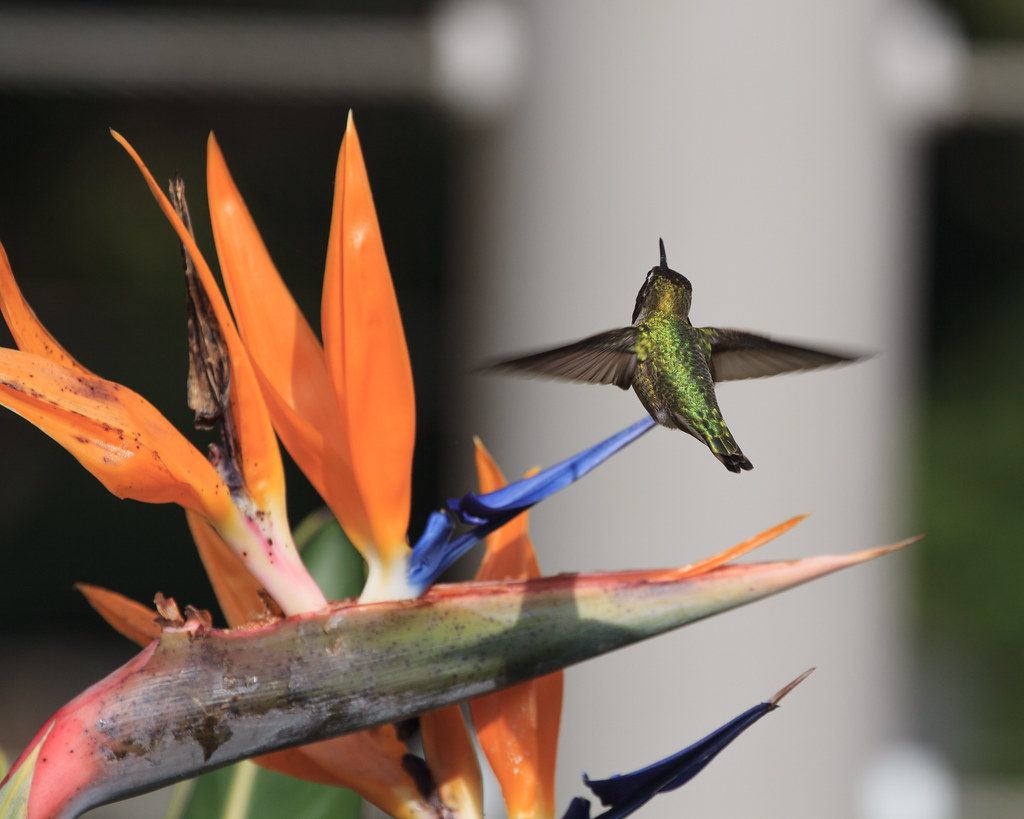 I tried taking pictures of hummingbirds in Costa Rica a few years back, but they didn’t come out. This time around I had better light and a much better, image-stabilized lens. 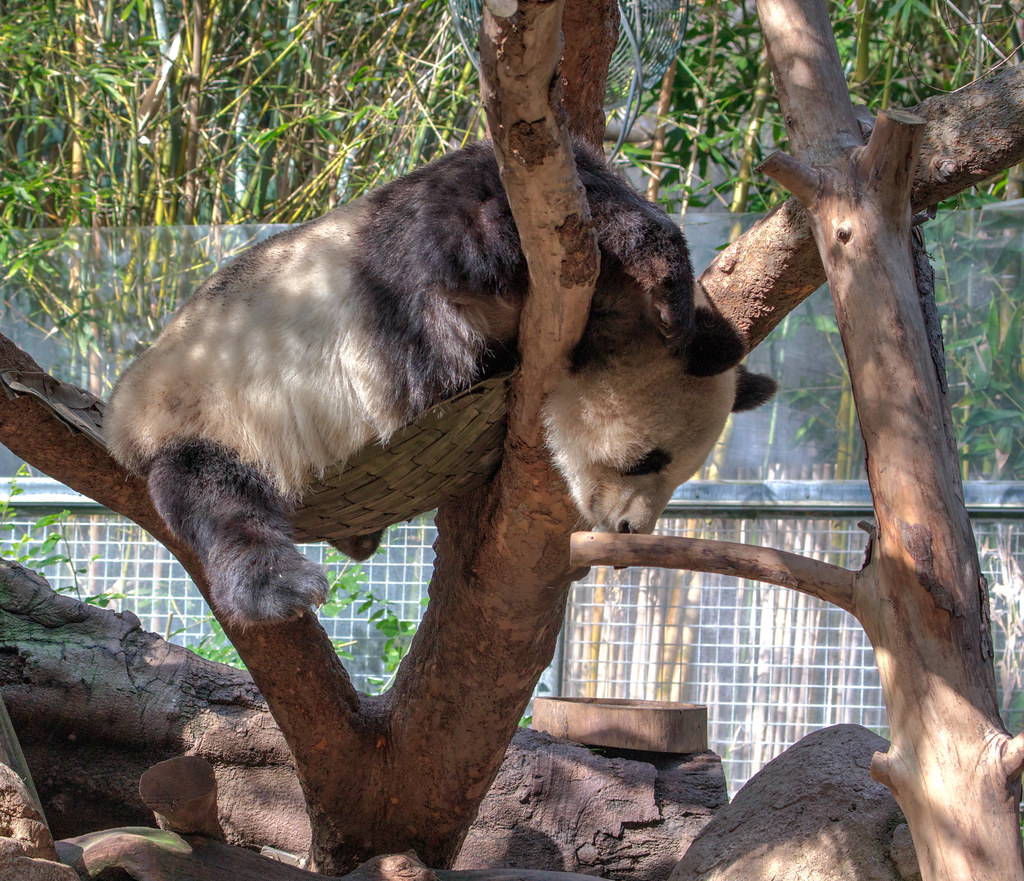 San Diego Zoo is one of only two zoos I’ve been to that have pandas (the other being the National Zoo in Washington, D.C.) They’re exotic, but they really don’t do much, even for bears. Many of the exhibits at San Diego are fantastically designed – they get you very close to the animals. This one was no exception, but I could’ve done without the conveyor belt line of jostling people pushing me through and out the other end.