November 1 (known as el Dia de los Fieles Difuntos, or “the day of the departed faithful”) was our final and biggest celebration of the week. After a late breakfast, our group started queuing up outside a spare room on the second floor of the hotel. Our guide Juan Carlos had arranged a face painter to get us ready for the big parade in the village of San Pablo Etla.

Our face painter knew his stuff. He arrived with a box of paints and a cellphone full of samples, and he managed to make everyone look amazing for 200 pesos, or about $12.50 apiece. 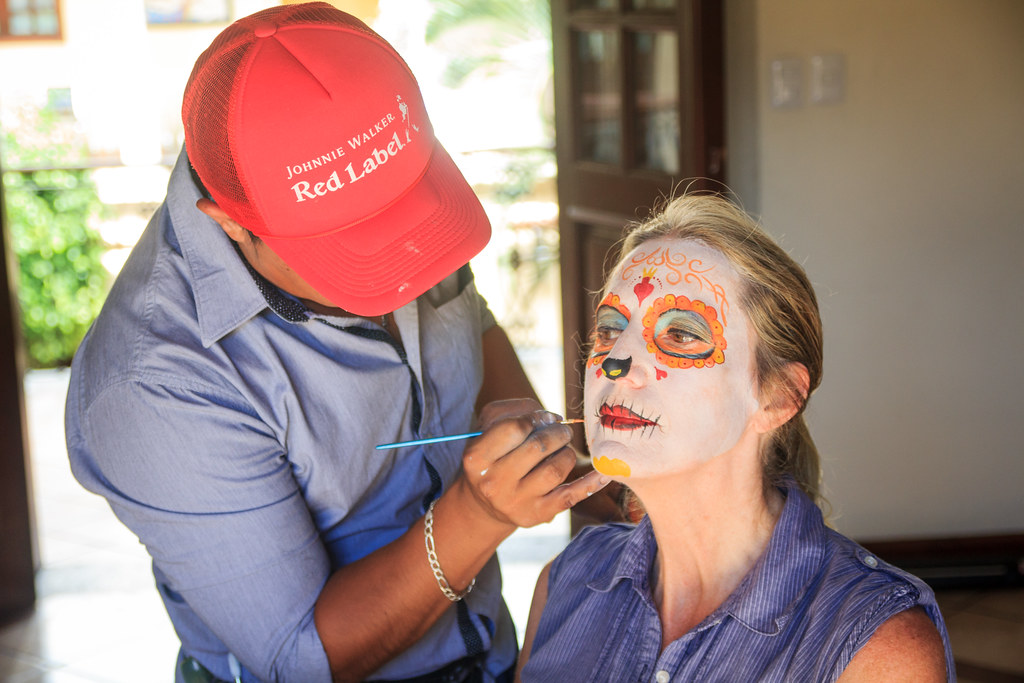 So many people wanted in that our artist called for backup. An assistant came and they painted for an hour or two, starting with the tourists and ending with the hotel staff. 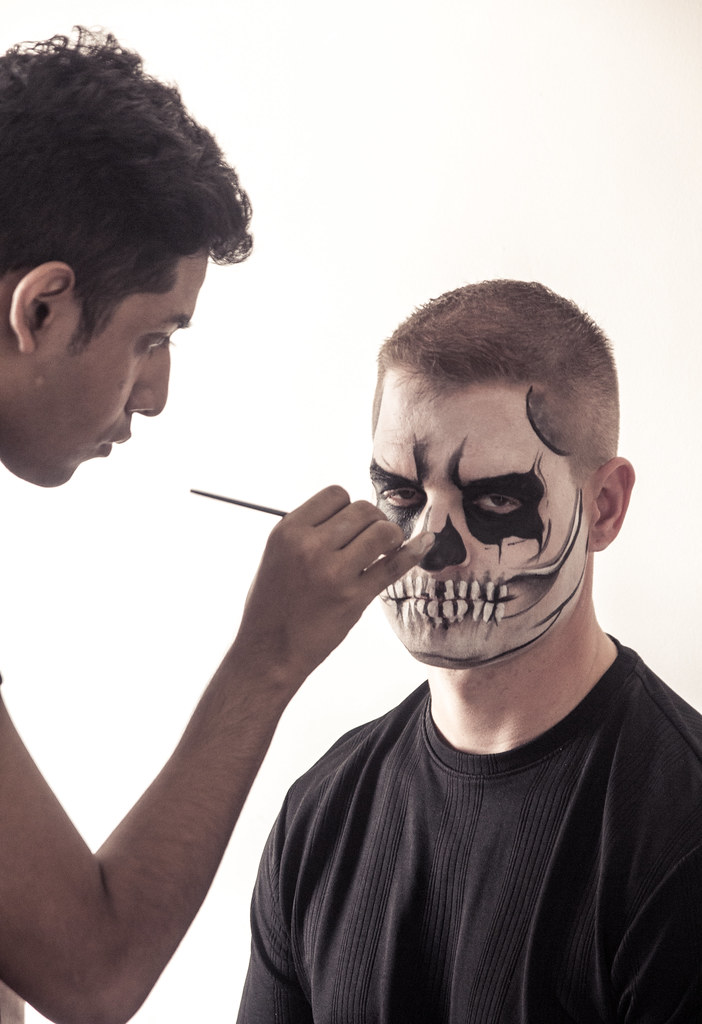 Late in the afternoon we piled into a van and headed for Etla, a village northwest of the city. There were plenty of people already there and the band was just starting to play. Girls in colorful dresses twirled and danced with a man in a rubber mask and safari clothes. I asked Juan Carlos and he said, “That is El Chapo”. I didn’t see it. 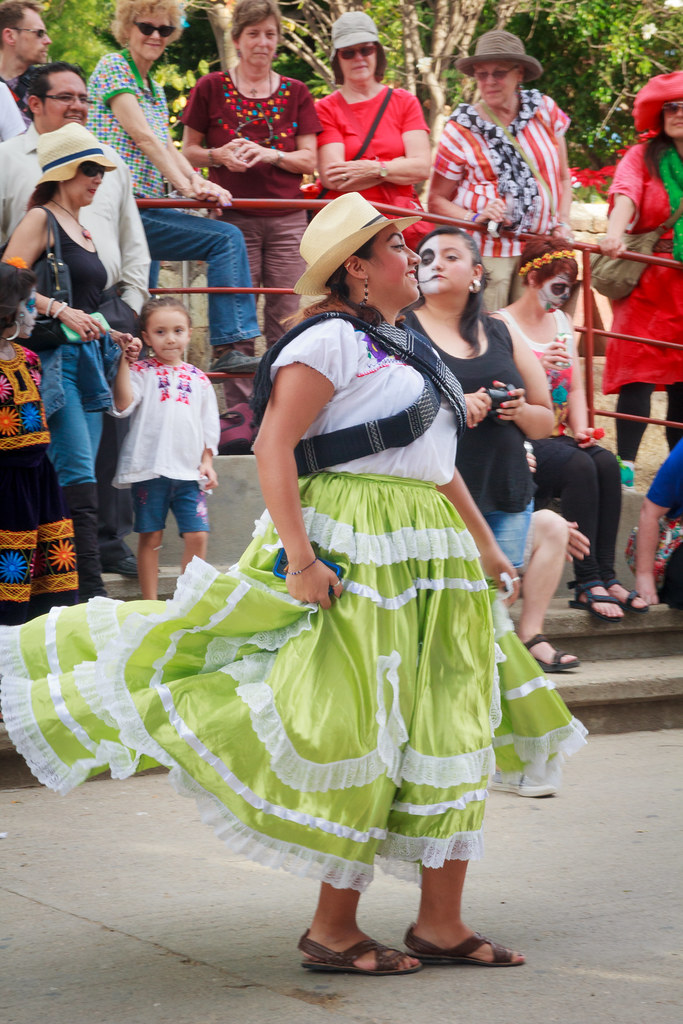 The parade left the square and proceeded down the main street of town. We shuffled along slowly, leaving the band behind, then picking it up again. As we passed people’s houses, they came outside and joined in.

We stopped regularly to take shots of mezcal from the bottles we’d brought, and when we ran out, friendly people appeared with more. A man I didn’t know handed me a can of beer, and later a girl arrived with a disposable plastic water bottle with the label soaked off, filled to the brim with homemade mezcal. She poured me a shot and I drank it down. It was strong and rough, but very good. I had another one, and then another one… or maybe two. 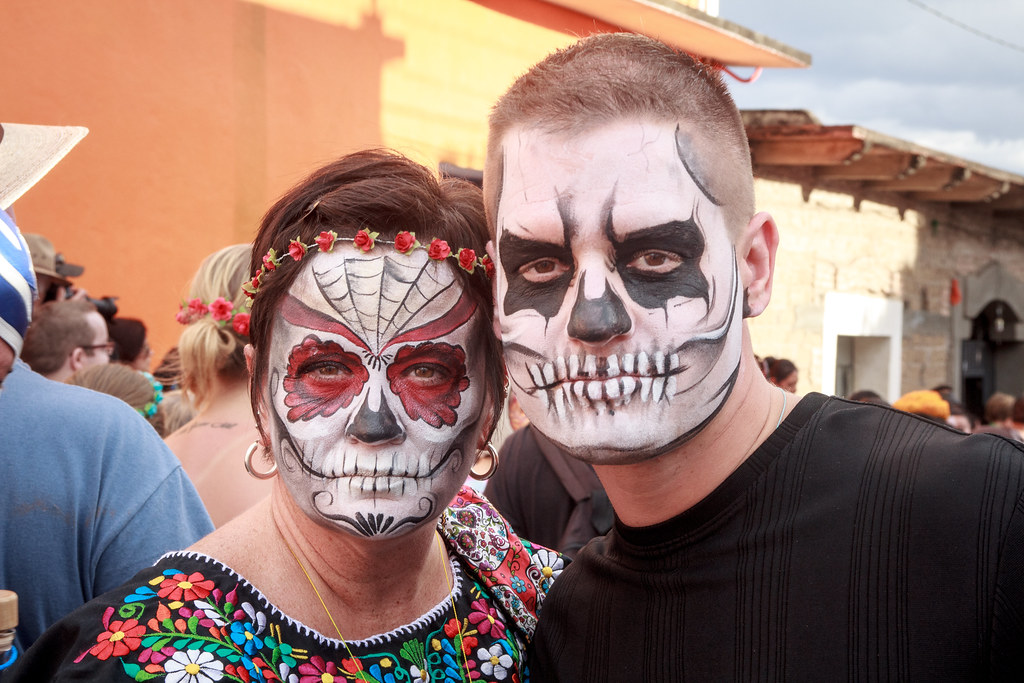 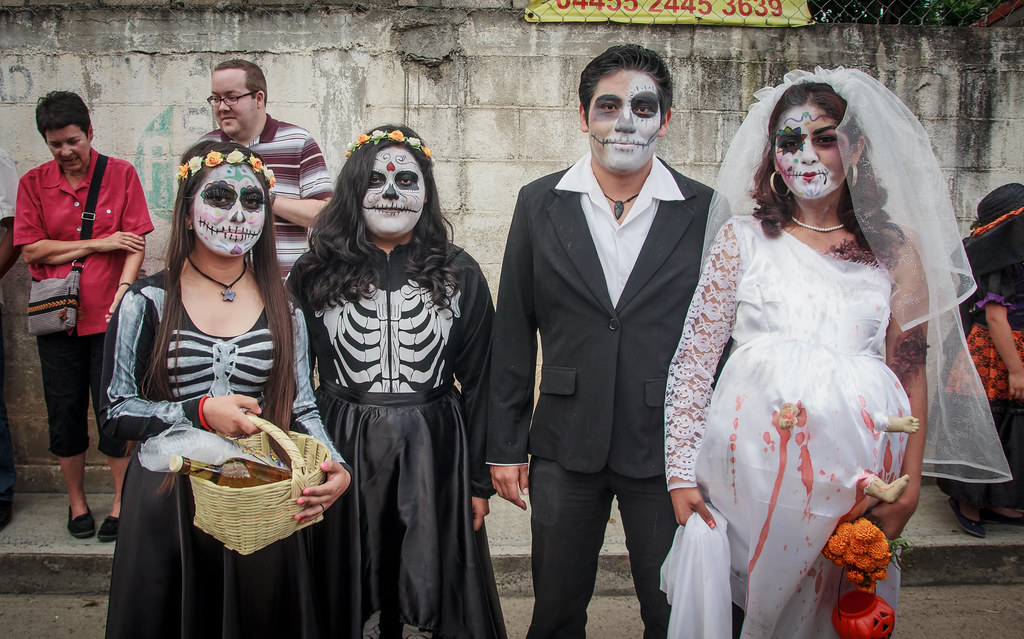 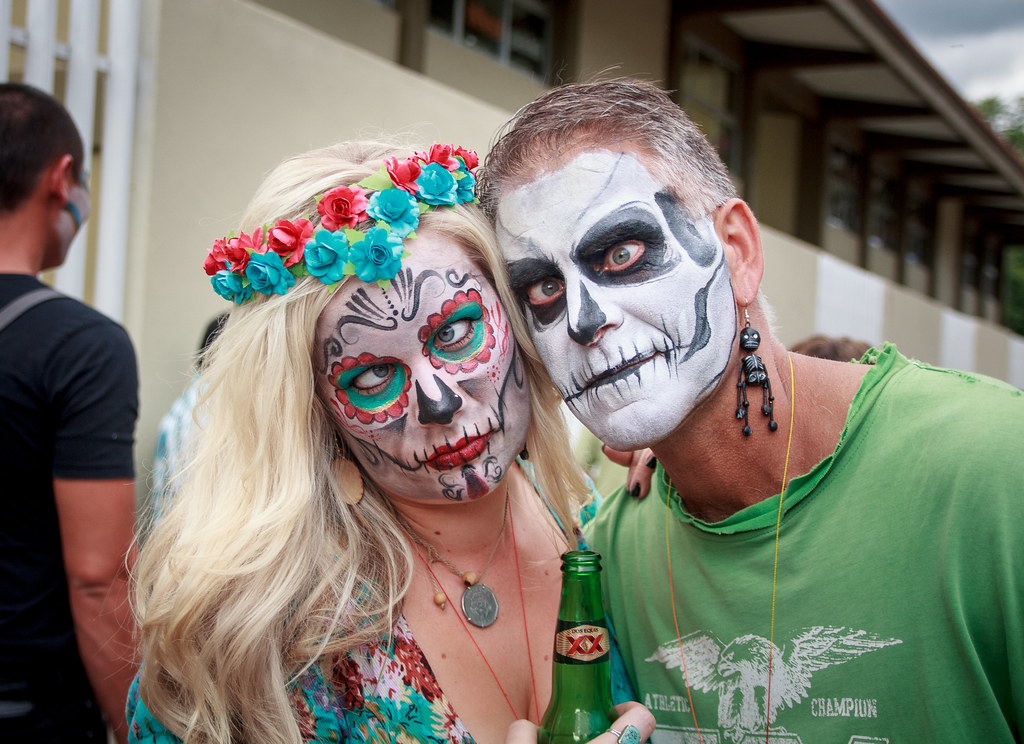 We made a loop around town, dancing and partying. I’m not much of a dancer normally, but the mezcal helped. About half the parade had painted faces, or were in costume. We saw some pretty clever costumes, and some grotesque ones, including a demented leprechaun and an undead Mickey Mouse. It got dark, rained, and stopped again, but nothing dampened our spirits. The parade continued well after dark, and was still going strong when we got into the van to leave.