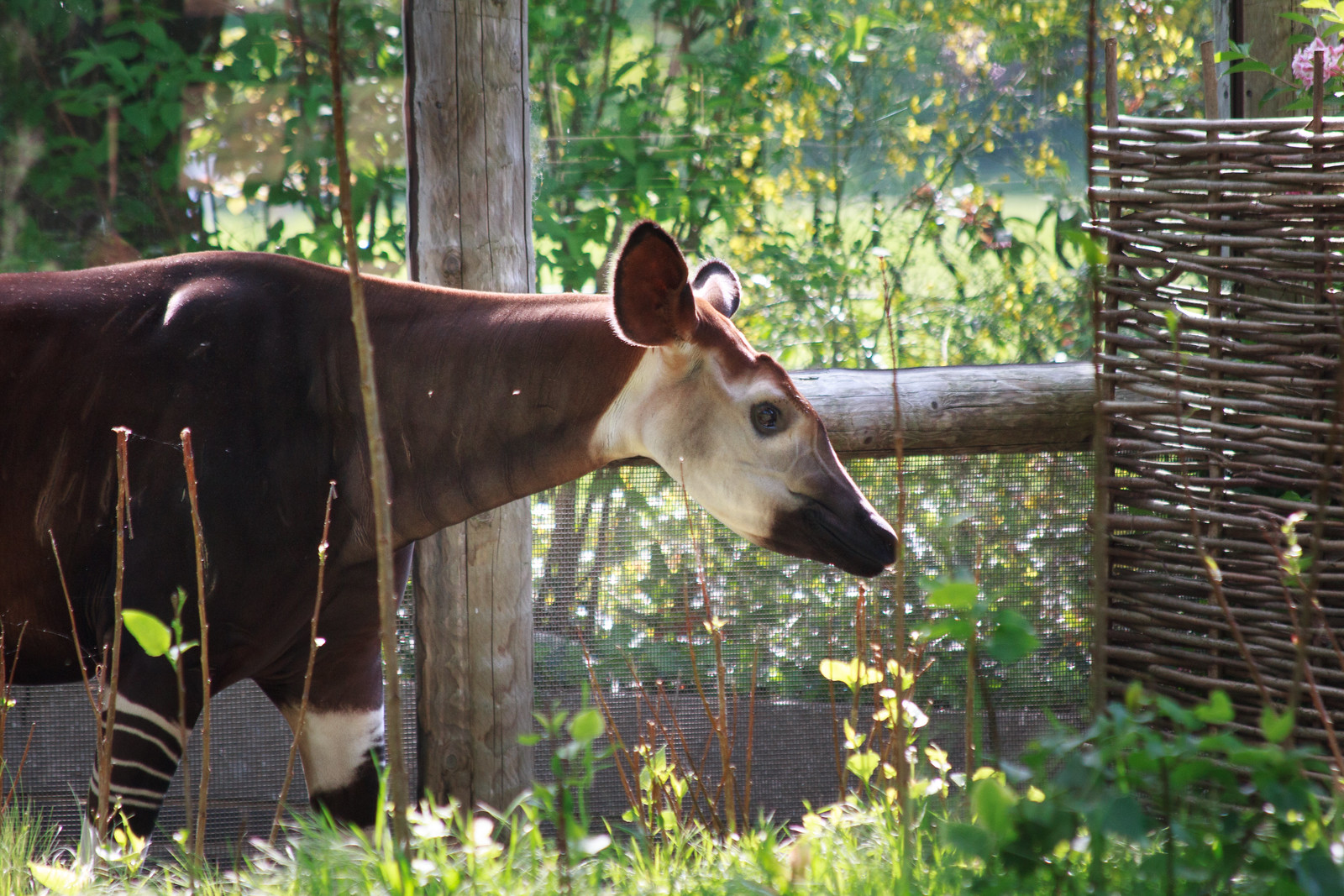 There had been rumblings of an unknown antelope or horse-like animal in the forests of the Belgian Congo for years. Henry Morton Stanley, the British-American explorer, searched for the creature that his guides called “atti” throughout the 1890s but couldn’t track one down.

In 1900, the British governor of Uganda, Sir Harry Johnston, escorted a group of kidnapped pygmies back to their home in the Belgian Congo. In camp they told him stories of the mystery animal, and although Johnston never saw one, he was gifted a pair of striped bandoliers made from the skin of the animal they knew as “o’api”.

Johnston sent the skins to London, to secretary Philip Sclater of the Zoological Society. Based on his examination of the skin and hearsay from Johnston, Sclater believed the okapi would be a kind of forest zebra. He published a tentative description under the name “Equus johnstoni”:

Translated from the Latin, it reads (very roughly!):

Within a few years, more specimens proved that the okapi was actually a primitive, long-lost relative of the giraffe. Despite the short neck and horselike appearance, the shape of the okapi’s skull, the long black tongue, and the bony nubs between the male okapi’s ears give away as a giraffid. In motion, the resemblance is noticeable; okapis walk like giraffes, moving their front and rear legs simultaneously in a swaying lockstep gait.

100 years later, the okapi is still rare and secretive. We know they’re endangered and that their numbers are declining from habitat destruction and hunting, but what they do in the deep forest remains a mystery. The first picture of a wild okapi was only taken in 2008, by a ZSL trail camera in Congo’s Virunga National Park. Most of what we know about the species has been learned from captive animals in zoos.

ZSL’s two okapis, Oni and Mbuti, are a breeding pair and ZSL is a key collaborator in the worldwide conservation effort to save the species from extinction. Okapis are found in less than 30 zoos and preserves worldwide, so it’s a real treat to see such a unique animal in person. Here are a few more pictures of Oni and Mbuti for you to enjoy!

Mbuti, the male okapi, tries to peek over the fence at Oni. Note the ossicones, the horn-like protuberances on his head.