Aït Benhaddou, a ruined ksar (fortified town) just north of Ouarzazate, was one of the highlights of our trip. You can see it from far down the road, a cluster of mud-brick houses ringing the tallest hill for miles.

It was overcast, cold and windy as we descended the Atlas Mountains and pulled off the rutted track into a gravel parking lot. We had to traverse a modern settlement with a few houses and a gauntlet of trinket shops before we got to the dry bed of the Oued Ounila. 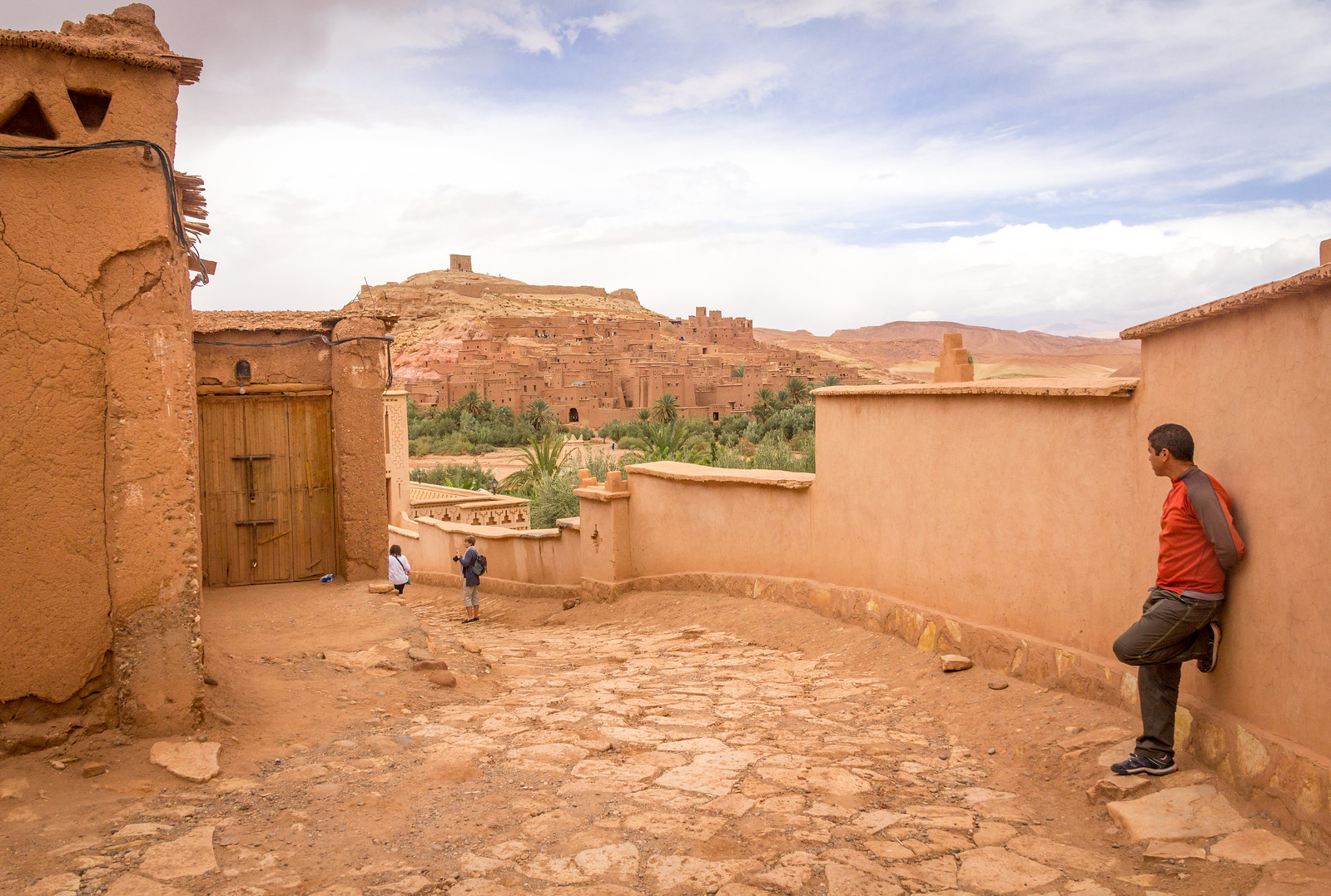 Aït Benhaddou is a berber name and refers to the clan that once ruled the village. At least some of the fancy towers in the foreground were constructed by the film crews that have used the city as a location. 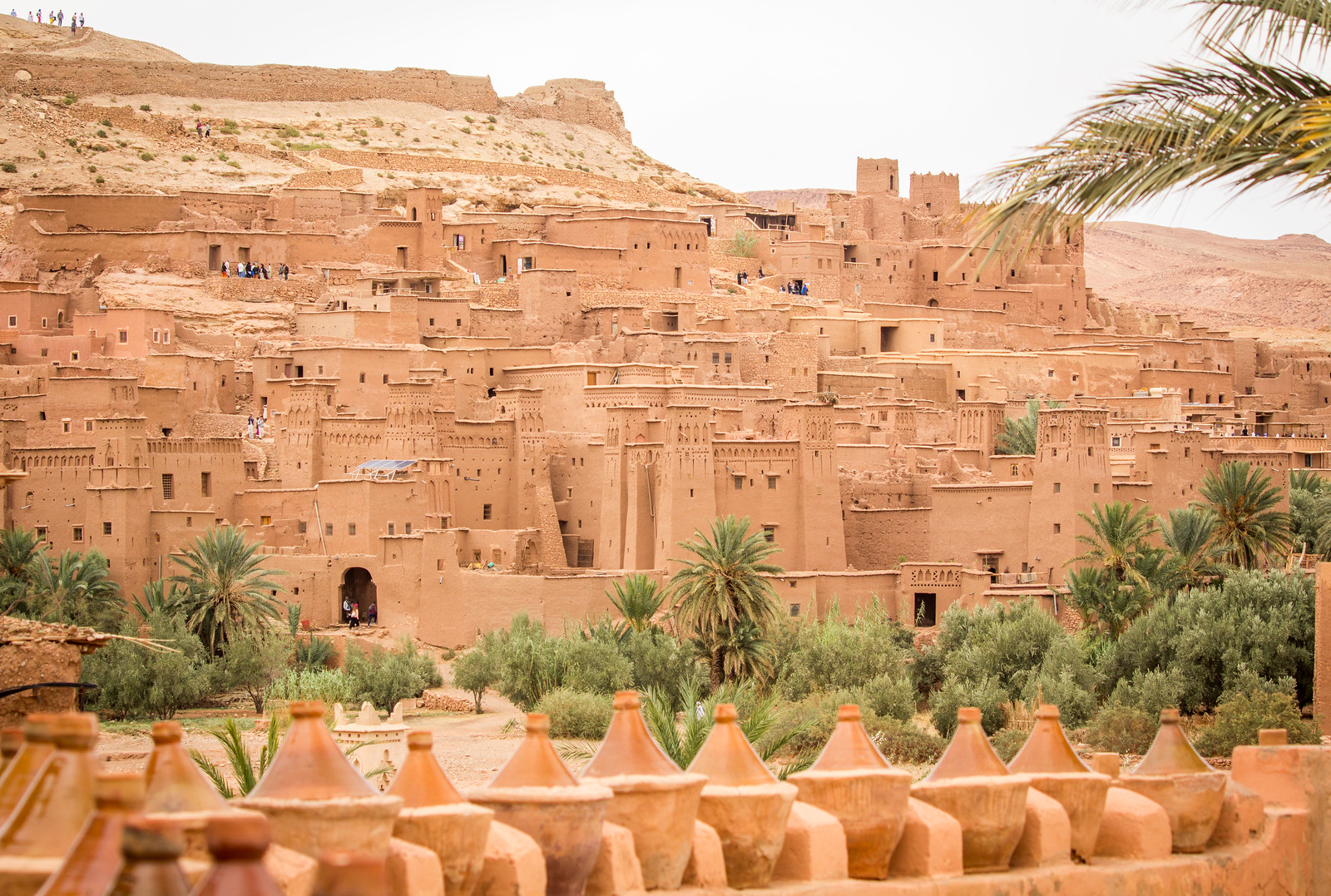 Tagines, Moroccan stew pots, lined up on the path to the city. 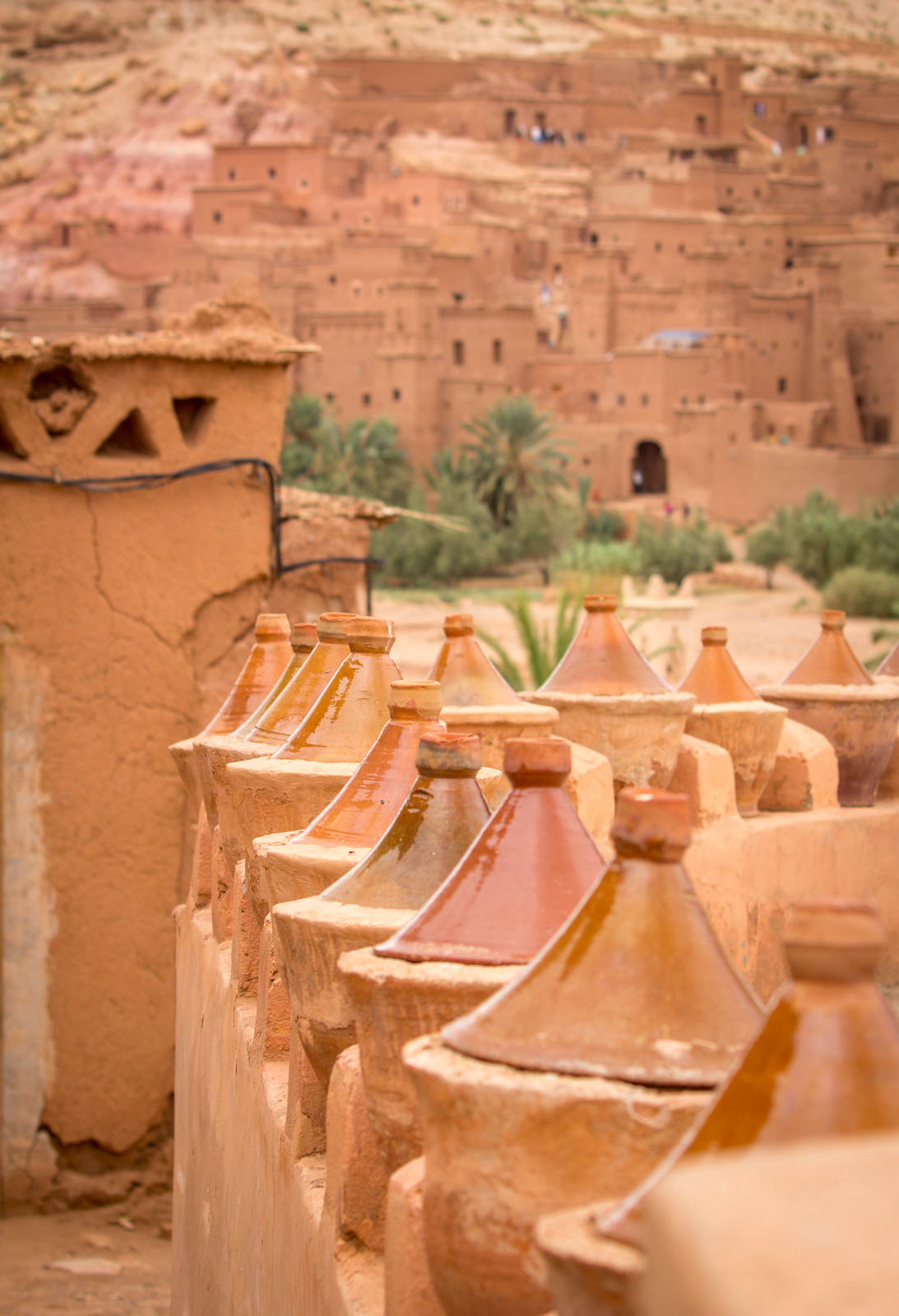 The Oued Ounila river is almost dry this time of year, but a series of stepstones forms a path through the mud. 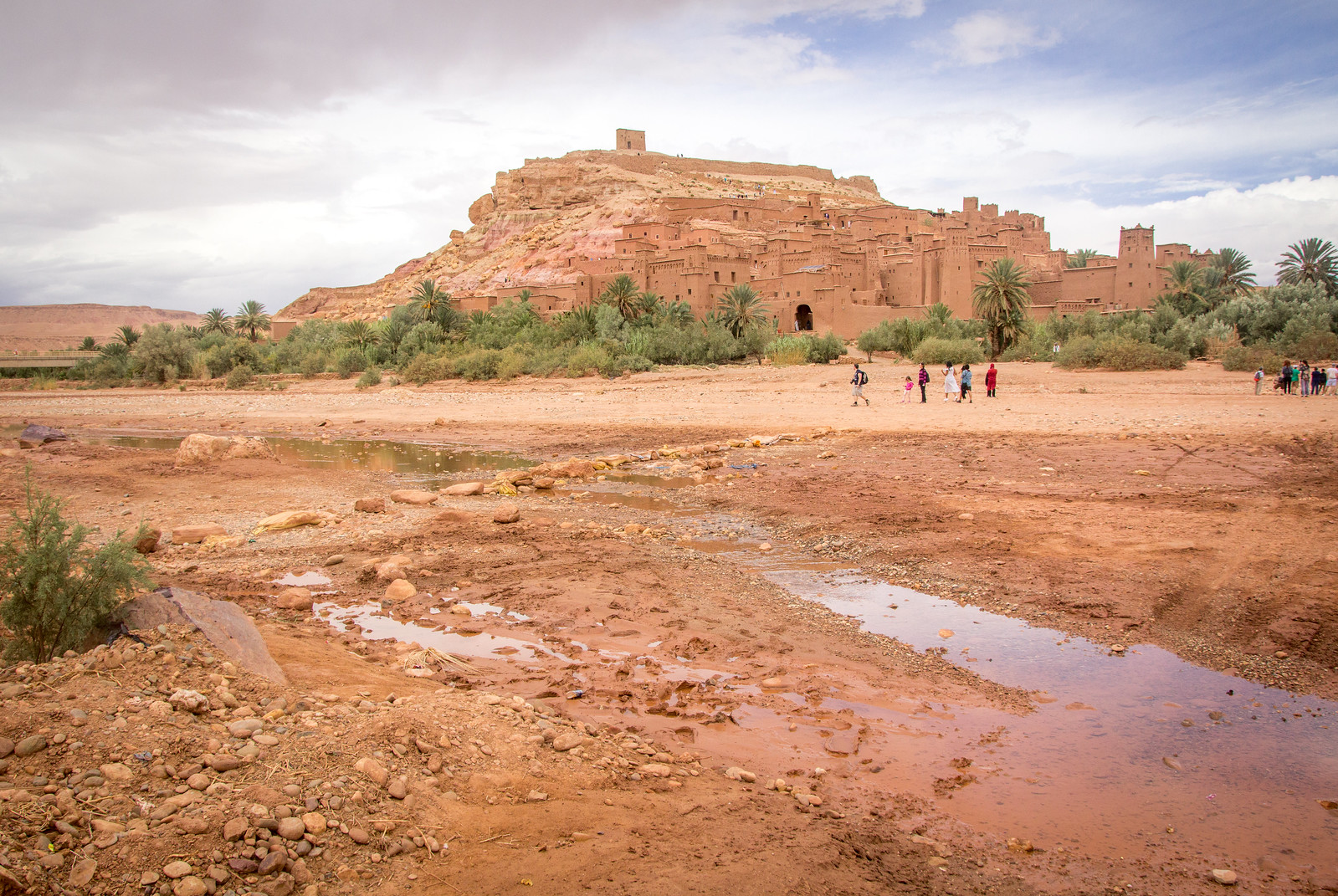 We climbed to the top of the city, dodging more trinket sellers, and were treated to a wide view of the river valley. 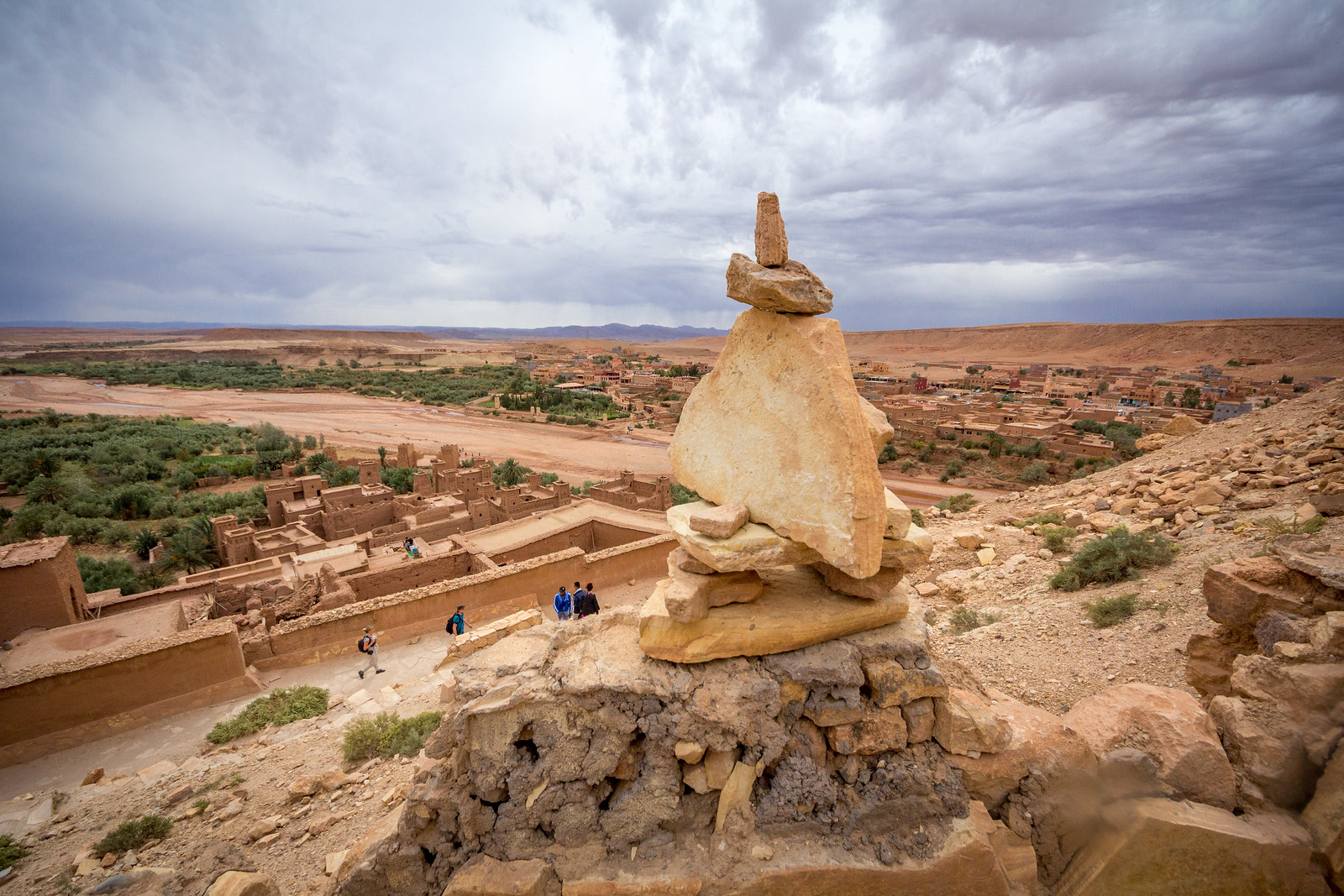 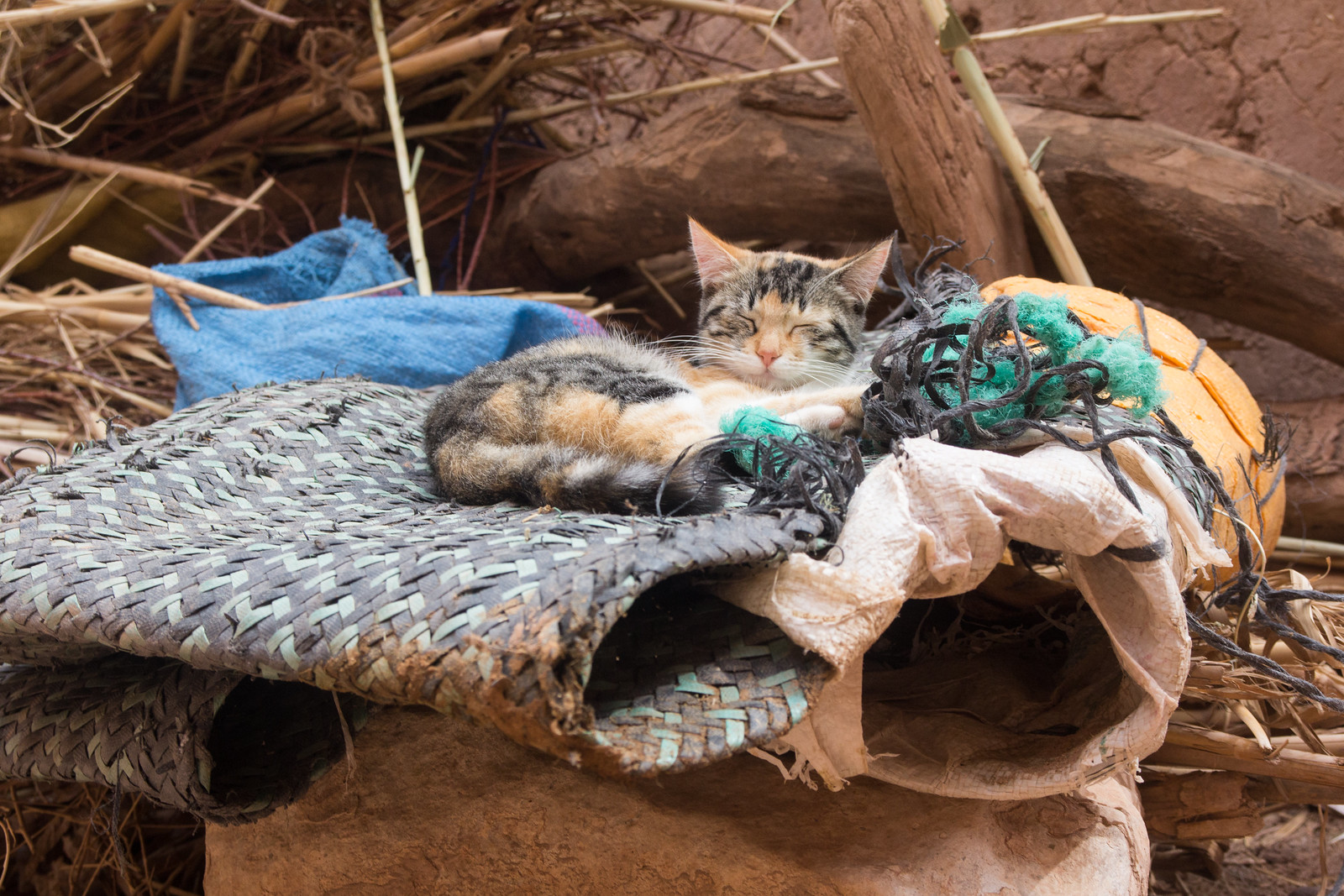