After days of driving through desert, the landscape finally began to change. We were driving into the Souss, the fertile river valley nestled between the High Atlas and Anti-Atlas mountains. It’s an area of rolling hills, sort of Mediterranean in appearance, and famous for a certain kind of tree found almost nowhere else on earth: argan.

Argans are short, gnarly, evergreen trees distantly related to the persimmon, the Brazil nut, and the azalea. They have been cultivated by the Berbers for thousands of years for firewood, livestock forage, and especially for their oil. 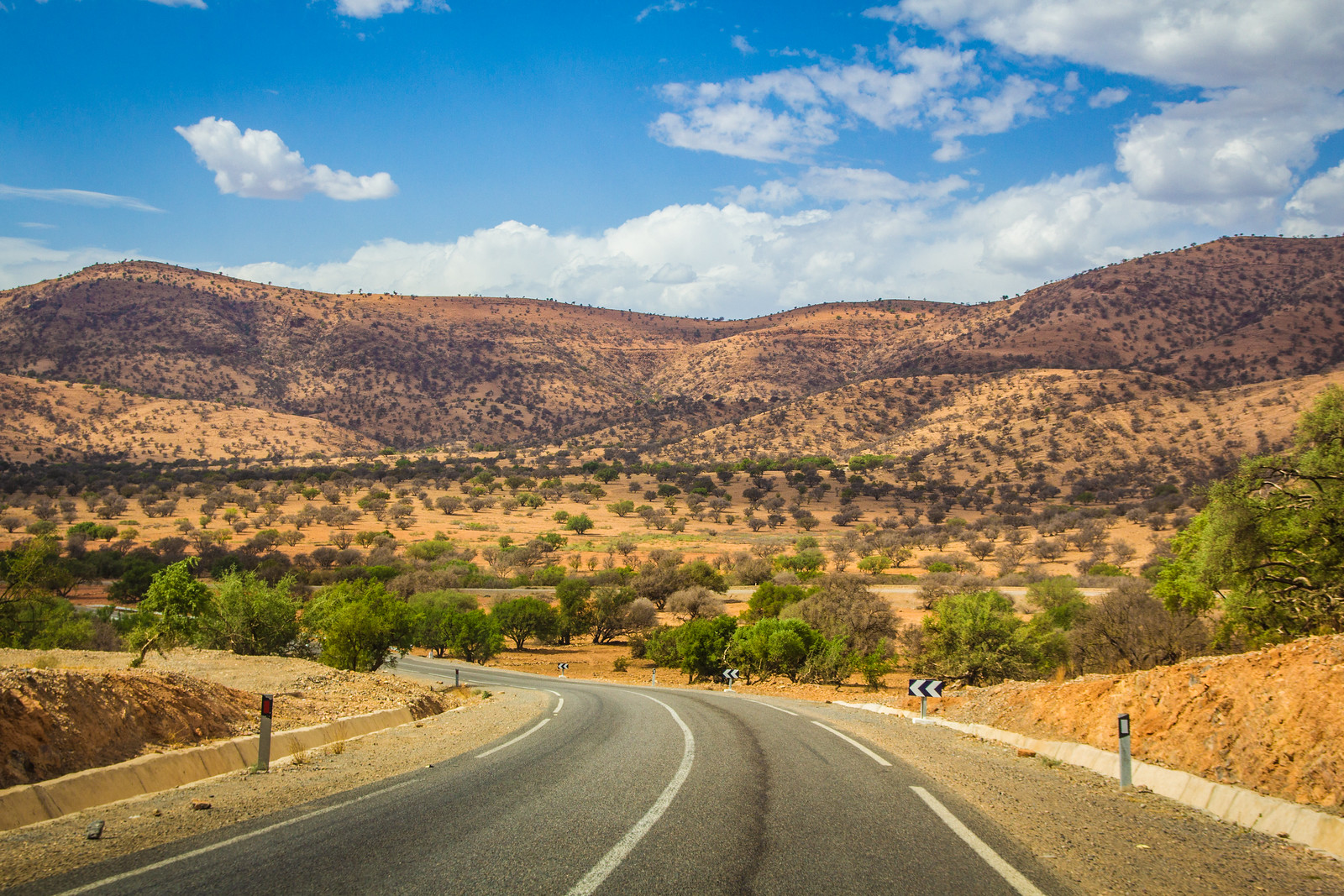 In April, argan trees sprout clusters of oblong fruits that look like a cross between an olive and a lime. The kernel inside is full of fatty oil. Argan oil is used for cosmetics (I’m told it’s good for the hair), and roasted argan oil is delicious as a dip for bread, drizzled over salads, or mixed with peanut or almond paste and honey to make a sweet all-purpose breakfast spread called amlou.

These fearless dopes climb up to the very tops of the argan trees to get their fix, making for some wild photo opportunities. Typically, where there are goats, there’s a shepherd waiting nearby to pose you with a cute baby kid and charge you twenty bucks for the privilege.

I didn’t hold any baby goats, and I didn’t give any shepherds nearly that much money. Like I’ve said numerous times now, you can’t blame them for trying, but a better use of your money would be to buy some argan oil. Seriously, it’s delicious. Until then, enjoy more climbing goats! 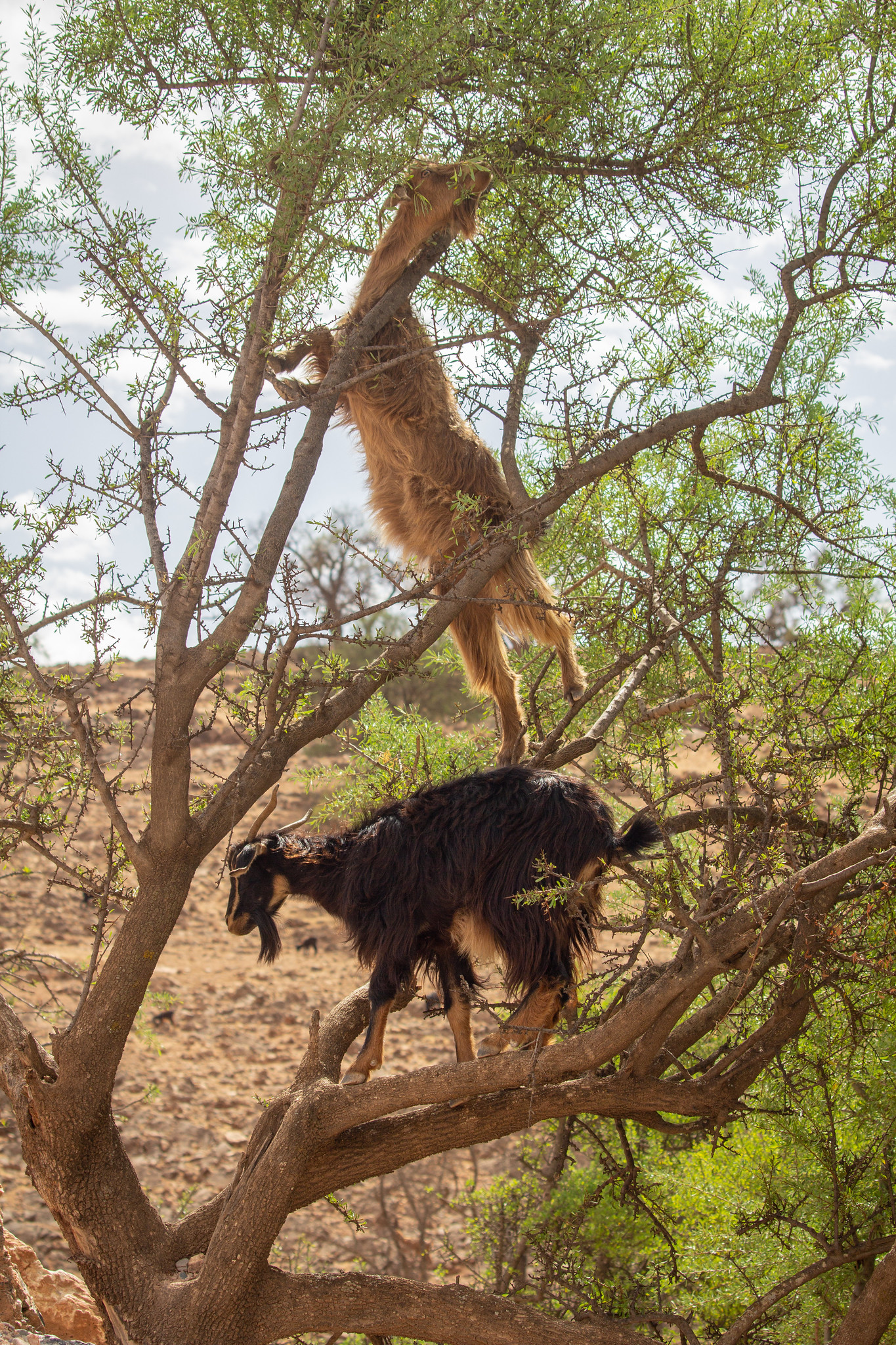